Macro & Markets
Stagflation: Could Australia or Other Global Economies Experience This Unusual Event?
9 May, 2022 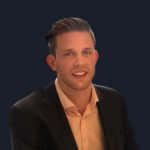 4
Stagflation: Could Australia or Other Global Economies Experience This Unusual Event?

Inflation has been very topical for months now and there is no doubt that its effects are being felt globally. As the inflationary impulse fuelled by the ravages of the Russian/Ukraine war, and central banks globally respond to move cash rates to a more neutral setting, the result is a slow growth trajectory for the economy. As a consequence, investors are talking about whether this higher inflation level and slowing growth will lead to stagflation.

Stagflation refers to an economy that is experiencing a simultaneous increase in inflation and stagnation of economic output. It is characterised by high inflation, high unemployment, and low/negative economic growth.

The below graph shows how this shift in the supply curve results in a higher equilibrium price level and a decrease in GDP.

This is often the result of a supply shock such as an increase in oil costs which trickles through the economy and leads to an increase in the costs of a large amount of goods.

Instead, tightening monetary policy can have a negative effect. Interest rate rises can decrease economic activity without providing sufficient relief from the inflation levels and in turn can result in stagflation.

The last time that the global economy experienced stagflation was during the 1970s and was caused by an oil price shock resulting from the OPEC oil embargo against Western countries.

Is there a risk for Stagflation currently?

There are several economic forces currently at play that are listed above as factors leading to stagflation.

The concern by some is evident as Google searches for stagflation have increased 400% since the start of the year.

US inflation reached 8.5% Y/Y in March, the highest level since 1981. The Russia-Ukraine war has provided the perfect catalyst as soaring commodity prices have been thrown into the fire of an economy with employment shortages, low interest rates and record high equity markets.

The one missing element is low economic growth as the economy is currently experiencing robust but falling growth.

The risk looking forward is how monetary policy plays out, with the market expecting a 2.25% increase of Fed Funds rate this year. If these rate hikes slow economic growth and fail to stabilise the inflation rate, then we may have all the elements required for stagflation.

This concern is rising due to the increased increments and timing at which these rate hikes are expected to occur. Fed members have been notably Hawkish in recent commentary and the market is expecting multiple hikes to be in the form of 0.50% increases.

Analysts are mixed in their views on the potential of stagflation occurring. Most acknowledge that the markets are currently presenting many of the elements required but expect the Fed to be able to navigate this period well enough to avoid its occurrence.

One key player in the pro stagflation camp however is Ray Dalio, one of the most influential hedge fund managers. He has voiced his concern on this current environment and the tough job that the Fed has ahead of them as they try to stabilise inflation without putting a handbrake on economic growth.

So how do we play this?

If stagflation is to occur, in our view, it is important to look back at previous periods of stagflation to see which assets do well and those that don’t.

The traditional 60/40 Equity/Bond portfolio has been shown to be less successful as bonds typically do not fare well during these economic conditions. Rather the optimal allocation during the 1970s was to have most of the portfolio allocated in equities.

Breaking down equities further, the focus is on value rather than growth stocks. Growth stocks tend to be more sensitive to higher real rates as investors use higher discount rates for their valuations.

Area’s worth focusing on during periods of high inflation and lower growth are real assets and defensive sectors. Real assets are comprised of commodities, real estate and infrastructure and are physical assets with an intrinsic value.

They allow investors to diversify their portfolio and perform well against inflation.

Many of these physical assets such as infrastructure, airports, roads perform well because they have contractually defined inflation protections. If they don’t, many are also monopolies and so have pricing power to adjust their pricing accordingly.

Examples of listed companies in this area are Transurban Group (TCL.ASX) and Brookfield Infrastructure Partners (BIP.NYSE).

Many infrastructure projects have high investment requirements making them inaccessible to most investors. One way to access an exposure is via Managed Funds that invest in these projects themselves such as Macquarie Private Infrastructure (MAQ8699AU). This fund invests in infrastructure sectors such as energy and utilities, renewables, transportation, digital and communications, and other contracted infrastructure.

Another way to increase diversification is through investing in different markets, which can also decrease geopolitical risks. Sources of inflation differ from European markets where it is led by energy prices to the US where it is led by wages.

Markets such as Australia and the UK have significant commodity exposure so are also expected to be more resilient to higher inflation.

Overall, the focus for investors will be to protect themselves against high inflation, lower growth, and higher interest rates.