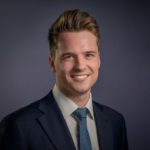 Globally, inflation, as measured by CPI, is rising quite broadly, across most developed and emerging economies, and at an accelerating rate.

As a result, central banks are being scrutinised more intensely as the “transitory” narrative of 2021 has been discarded, and as inflation accelerates, it becomes apparent these central banks are falling behind the curve to remove pandemic-era policy accommodation.

This scrutiny is prompting policy responses to bring inflation back to target levels, to being under control.

Financial markets place a significant emphasis on the US Federal Reserve’s policies, and as a result, the Fed’s movements and approaches may end up being priced into other central bank policy expectations.

Most G10 central banks tend to target domestic inflation rates as a method to fulfilling their objectives, mostly common a combination of currency stability and maximising employment.

As an outcome of these policy objectives; labour force statistics, spending patterns, savings rates and wage data are a key focus.

In regard to the current above-average inflation, inflation is being judged to being more sustained as opposed to transitory, because it’s becoming entrenched and embedded into wage-price bargaining cycles.

Hence, wage data has become an even larger focus for market attention.

As for the Federal Reserve, In recent months, they have placed less emphasis on the average hourly earnings – a component of the US Bureau of Labor Statistics’ “non-farm payrolls” unemployment report – and instead, the focus has been shifted more towards the employment cost index (ECI), a slightly different dataset

The Fed’s shift to using ECI as a preferred measure for gauging inflation & wage pressures is because the ECI is a more robust measure of US wage growth due to the controls in place for sampling, where non-farm payrolls tends to have more inconsistencies when sample sets are rotated.

Last Friday, the US Bureau of Labor Statistics released the ECI, which surprised to the upside, reporting a rise of 1.4% QoQ, above consensus of 1.1% QoQ.

This rise put further pressure on the Fed to accelerate their relative tightening of monetary policy, given there’s now evidence of a wage-price spiral accelerating.

This ECI data reinforced the Fed’s standing of returning to a neutral monetary policy framework as soon as possible, which explains why before the meeting we saw the market pricing in the potential for more than a 50 bp raise in June.

The below chart shows that on Wednesday, before the meeting the market was pricing in a larger than 50bp move.

While the ECI data reinforces this stance to move to a neutral monetary policy framework as soon as possible, the market didn’t expect a 75bp hike in this meeting as the Fed hadn’t socialised talk of a hike of this size yet, hence for the May meeting financial market’s priced in a 50bp move, and were right.

Looking back at Tuesday’s move from the RBA, the ‘surprise’ from hike of 25bp wasn’t as big of a surprise as a 75bp hike would have been from the Fed, given there had been talk of both 15bp and 40bp moves for May.

The FOMC meeting went largely as expected with no real surprises, with the Fed raising the Fed Funds Rate by 50bp taking the target range up to 0.75-1% from 0.25-0.50%

Prior to the meeting, the RBC Capital Markets placed a 25% chance on Powell shutting the door on 75bp hikes, which was broadly in line with consensus.

Afterwards, in the press conference, this 25% chance was realised as Powell made comments that then saw a relief rally in equity markets.

Powell quashed the talk of potential for 75bp hikes over the next few months when he said that they are “not something the committee is actively considering”.

While Powell was quick to end talks of the need for 75bp hikes in the near future, he did say that “ongoing increases will be appropriate” with the Fed looking to tame inflation “expeditiously”, leaving 50bp moves very much on the table for the next two meetings provided the Fed sees “what we expect to see”.

Meaning unless we see a major upside surprise in inflation in upcoming data there is no reason for markets to price in any meaningful probability of 75bp hikes.

With the comments saying the next two meetings are likely to be 50bp moves (right-hand side column of the below table) with the potential to ease back to a “neutral” rate after through 25bp moves the rates would look as the below.

This seems to be the likely path the Fed will take, as it allows them more flexibility in approach, and the ability to finesse rate hikes once their target cash rate increases beyond ~2%.

They also confirmed that they would begin the large task of reducing the balance sheet, quantitative tightening (QT).

This wasn’t a surprise as the details of this has been largely outlined in the March FOMC minutes, with quantitative tightening to begin on June 1st, starting at U$47.5bln a month with that being broken down into U$30bln in UST and the remaining U$17.5bln in MBS.

Looking forward, changes in Fed expectations should be relatively marginal to markets.

Global market’s pricing will now be shifting from trying to gauge the size of rate moves as well as the timing of returning to a more “neutral” policy, to simply only timing.

While the Fed said that they are happy to move rates further than what would be deemed “neutral” policy – if that is what is required – to bring inflation down into their target of 2% on average per annum. The results of the meeting as well as the comments made afterwards in the press conference mean hikes are now more or less fully priced.

As always, both the FOMC policy statement and Chair Powell’s language at the press conference an hour later suggested the Fed is trying to remain nimble in their approach, whilst also providing confidence they will somehow manage to create the conditions for less inflationary impulse.

From this perspective, we’d expect continued forward guidance on the size of future rate hikes, likely 50bp at forthcoming June and July FOMC meetings,  then a re-evaluation of whether 50bp or 25bp hikes are the preferred option.

Moreover, the next FOMC meeting on 15/June will be accompanied by their quarterly “dot plot” that outcomes Fed members’ expectations for the cash rate over the 24 months ahead, as well as the long-term value of the cash rate.

This dot plot will be a meaningful indicator to gauge the Fed’s progress toward a more neutral policy setting, where if there’s no further shift higher in the median dots, or if the terminal value of the cash rate is unchanged (and not higher), a sign to markets that the rate hiking cycle is fully priced, all else remaining equal.

READ TIME 5 mins READ MORE
In the month since we last detailed RBA cash rate expectations, a lot has happened where the market has raised rate hike expectations aggressively. Specifically, projecting a cash rate of 2.15% by year end, with over 2% of rate hikes...
READ MORE

READ TIME 6 mins READ MORE
Putting the topic of the Russia-Ukraine war aside for a day, higher and more sustained inflation is still front-and-centre for investment decision making this year, as well as the likely reaction function that central banks will have in dealing with...
READ MORE

READ TIME 7 mins READ MORE
It's that time of the year where we start to aggregate our views to provide tactical positioning for the 2022 calendar year. I've elected to start off our "Outlook" notes series by tackling what I find to be the hardest...
READ MORE