I set aside time each week in my “reading time” to peruse theories that I disagree with.

I believe this is key in mitigating confirmation bias associated with reading theories, news and research that conform to already held opinions, and thus avoiding “group think” or hive-mind thinking.

In this regard, I’ve had a long-held view that we are in a disinflationary environment – where the price of goods and services is increasing at a diminishing rate over time – declining towards zero%.

This is backed by empirical data, as inflation has been increasing at decelerating rates, every year since the 1970’s.

However, I’ve spent some time over this weekend reading why we may be in an inflationary environment – testing my views and hoping to broaden my knowledge.

All this started in the early eighties with a book called “Is Inflation Ending? Are you Ready?” by Kiril Sokoloff and Gary Shilling.

The book may be the most prescient financial forecasting of our lifetimes, as so much of it came true.

In quick summary – the world has been in a sustained inflation environment because of an aging working-age population, increase household and corporate debt-levels, and price deflation from technological innovation.

The US market is pricing in 1.4% of inflation, on average, per year, for the next 10 years.

The Australian market is pricing in 1.12% of inflation, on average, per year, for the next 10 years.

Will it be higher or lower or is it priced to perfection?

Inflation is coming, are you ready?

Technological price deflation has been sustained because of the influence of lasers, microchips, the personal computer (PC) and the internet.

But the deflationary impact of these technologies is waning, and we seem to be nearing the end of Moore’s Law (1965). 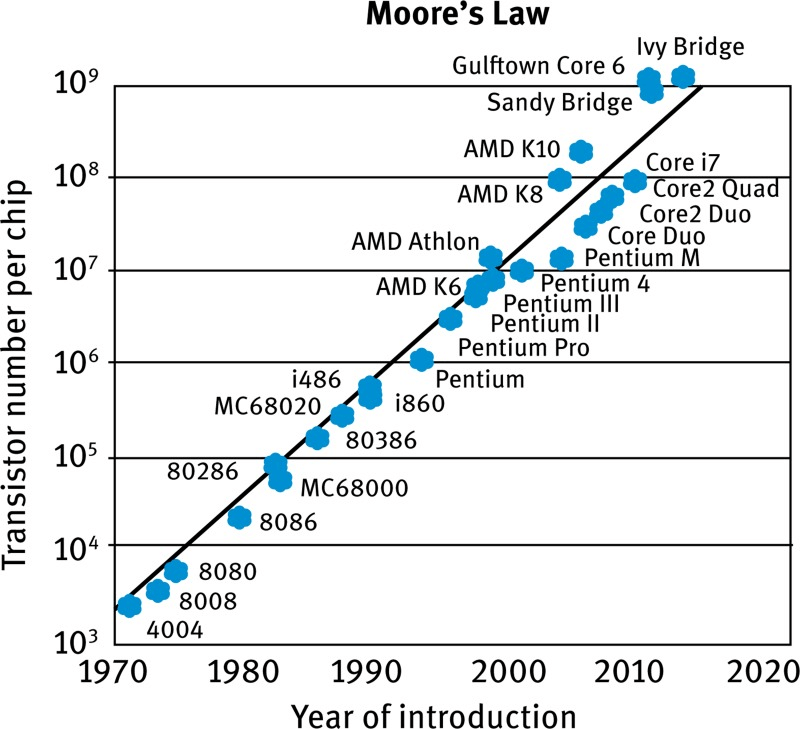 While the up-and-coming impact of quantum computing may prove to be profoundly deflationary, I don’t foresee this tech impacting the overall prices of goods and services for at least some time/years from now.

This also holds for virtual reality, 5G, autonomous driving or blockchain – definitively potential for deflationary impacts – but not quite yet.

Maybe I’ve lacked imagination thinking the disinflationary trend would continue, but maybe Elon Musk is right that future innovations are going to be in the material realm and not in information technology.

I can frame this argument two different ways – deductively or additively.

The current generation of “Millennials”, referring to those persons born between 1981 and 1996, is a larger generation by number than the Baby Boomer generation.

The generation after the Millennials, Generation Z or “Zoomers” is set to be bigger yet again.

At some point in the future the bulk of these persons entering the workforce and earning wages will out-weigh the retirement of current Baby Boomer generation, and we may see inflation. 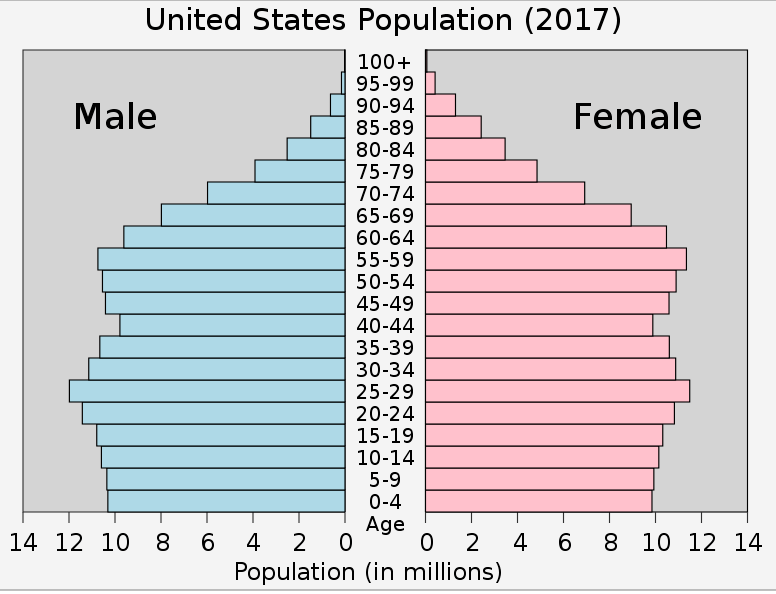 On technology, if technological innovations aren’t as impactful as previous innovations, the aggregate cost increases of healthcare, insurance, energy prices and government regulation may prove to be inflationary as well.

Remember during September 2019 when we spoke so often about the US yield curve inverting as a barometer for recession and deflation?

And all this will happen while central banks are guiding markets to keep interest rates low for extended periods – the traditional handbrake to economies overheating.

The US Federal Reserve has even stated it may allow inflation to overshoot their policy band by TWO PERCENT to encourage inflation expectations. This statement from a bank that in 2018 raised rates 3 times at the hint of inflation getting to the bottom of their band…

US Election in November

On a different tangent: which political party do you think will win the upcoming US election in November?

The US government has approved $3trillion USD of stimulus thus far, and the Democratic party is expected to be the US political party that will push for more stimulus – especially an infrastructure package that has been on their agenda for several years.

Also, any changes to taxation, regulation, and laws have imbedded costs of compliance, legal fees and consultation fees etc.

This cost is often passed along to consumers.

We have seen a lot of regulation in the last ten years since the GFC, but this was offset by the disinflation of technology. The fact we still have low-single-digit inflation despite such large increases in healthcare, insurance and energy prices has been entirely due to technology balancing out the inflation of the above with deflation. 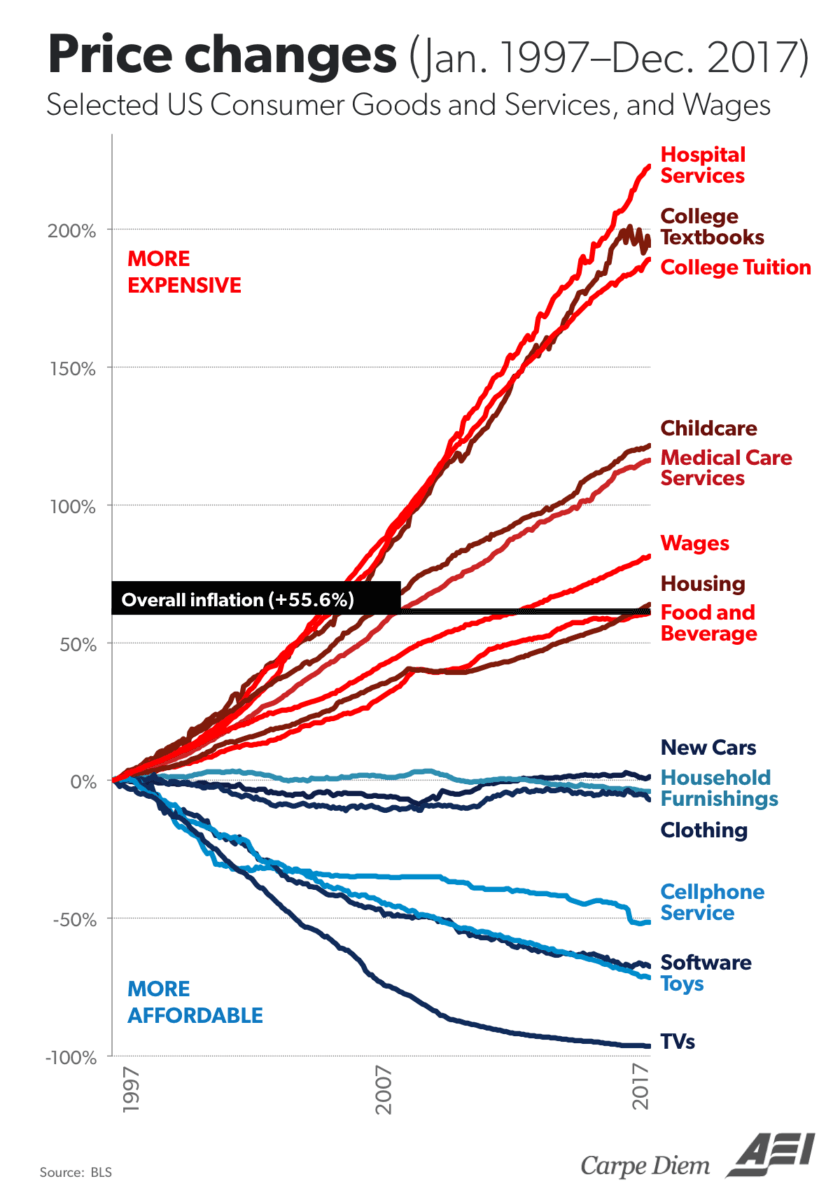 Investing under a rising inflation regime will be quite different to a disinflationary one.

While I’m not convinced, I believe we need to be as open and mentally nimble as always to adapt to our evolving world.