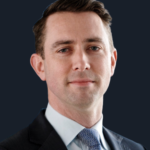 Boris Johnson’s resignation last week opens the door for a Conservative leadership election over the coming weeks.  The leadership issue has been an overhang for the last few months, therefore most would expect the party will look to move swiftly in order to regain the public’s trust.  Without going into too much detail, it is expected the Conservative party will look to have a new leader in place between August and October, but as ever in politics, there is potential for plenty of uncertainty.

At this stage it is expected roughly 10 candidates will be putting their hat in the ring to lead the country.  Pitting the populist/expansionist group (who in particular favour early tax cuts) versus the more economically conservative. In the first group, Penny Mordaunt, Nadim Zahawi and Liz Truss seem the most likely candidates. In the latter, Rishi Sunak and Sajid Javid remain the front runners. At this stage, it is very much an open race, but most would see the odds as marginally skewed towards the latter group, reflecting a unification of both fiscally moderate, are pro-Brexit and have reasonable support of MPs and equivalents.

So what does this mean for UK financial markets?  In short, Boris’ actual resignation has little direct equity implications at this stage, but could potentially have more impact on GBP and Gilts. This event does remove an overhang, and depending on who is elected as the next Prime Minister, should bode well for stability going forward.  The UK equities markets has been one of the better performing global markets in the recent sell off, due to its more defensive characteristics and exposure.

See below a summary of Citi’s broader thoughts:

Considering the UK is currently in the midst of the largest cost of living squeeze this century, it is no doubt this will be the focus of any future Prime Minister followed by how to best navigate a post Brexit UK.  After the government borrowed heavily to fund its furlough scheme during the pandemic and has already funded residential energy rebates, any future leader will be incredibly challenged to square away demands for more near-term support with high inflation and broader financial/economic vulnerabilities. With the AUD strengthening against the GBP, one should potentially look to position their portfolio accordingly.  With an overweight focus on a basket of UK quality names with global earnings and trying to avoid UK domestic focus stocks, where a potential weaker GBP pushes up energy and raw materials, driving up both company costs and inflation.

And finally, what is the readthrough for Australia?  Post Brexit, a trade agreement with Australia had been the first Britain had negotiated from scratch since its departure from the EU.  But it is yet to be totally rubber stamped.  At the recent NATO summit Anthony Albanese told Boris Johnson that Labor supported the Australian-UK-US pact (AUKUS) and expressed “our hope that the free-trade agreement comes into force this year,” adding that it was “very important for both our countries”.  “We’re shoulder-to-shoulder,” Johnson agreed. But post that meeting the recent incoming UK Trade Secretary Anne-Marie Trevelyan told the British parliament’s commons trade committee they should delay ratifying the agreement, claiming steel tariffs for the reason not to proceed.

So going forward, what does the free trade agreement mean for Australia.  The main focus will be on creating unprecedented levels of market access for Australian lamb and beef producers.  On the flipside, like everywhere, the UK has a skills shortage in many areas and the agreement will make it easier for young Australians to work and live in the UK for a longer period of time.  In summary, keep an eye on the press in the coming weeks as there is a huge array of potential different outcomes. Regardless, Johnson’s departure does not throw UK markets into political uncertainty. But hopefully in coming months, the new leader will be able to push forward in resolving a multitude of issues from the UK domestic economy, improving relations with Europe and finalising a trade agreement with Australia.