4
I Should Be So Lucky

Q: What do you call Canada after having its credit rating cut from AAA to AA?

Thank you, I’ll be here all week.

On to the note – last week Tuesday the 21st – RBA Governor Philip Lowe spoke at the Anika Foundation annual fundraising lunch, this year held as a webinar.

Every annual fundraising lunch since 2006 has involved an economic “briefing” by an RBA Governor, who usually presides on the Foundation’s Board.

While I am a supporter of the Foundation and have been for many years, the event usually has a certain gravitas as RBA Governors have dropped some bombshell comments in the past. For this reason, the speech and subsequent Q&A session are usually a “must hear”.

My summary of the briefing

This year the Governor did not drop any figurative bombs, but he did outline some key points to the machinations of the RBA and the way they influence domestic monetary conditions – above and beyond current support – if required.

Doctor Lowe first set the scene that the labour market is the true barometer of this current crisis.

In April and May employment fell by 870k jobs and a further 760k people had zero hours of work, though are still considered to be employed.

All-in-all, total hours worked by Australians fell by 10% in just a few weeks – though this was a smaller decline than the Bank’s forecast of a 20% drop.

Dr Lowe noted that we have outperformed the USA and Canada in this regard, with their total hours dropping 19% and 28% respectively. 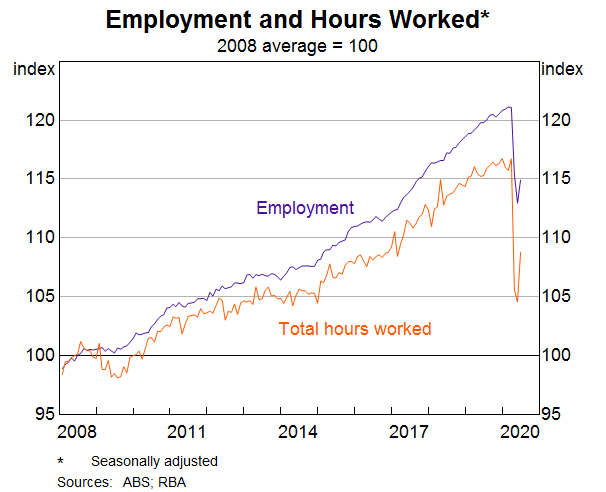 Further, Dr Lowe reiterates the widely known truth that certain industries and sectors are affected differently by this crisis.

For example, many firms are rehiring and lifting hours again as the restrictions are eased in most of the country. This is already evident in economic data, with payroll data showing lifts in new jobs from accommodation, food and beverage and arts industries. 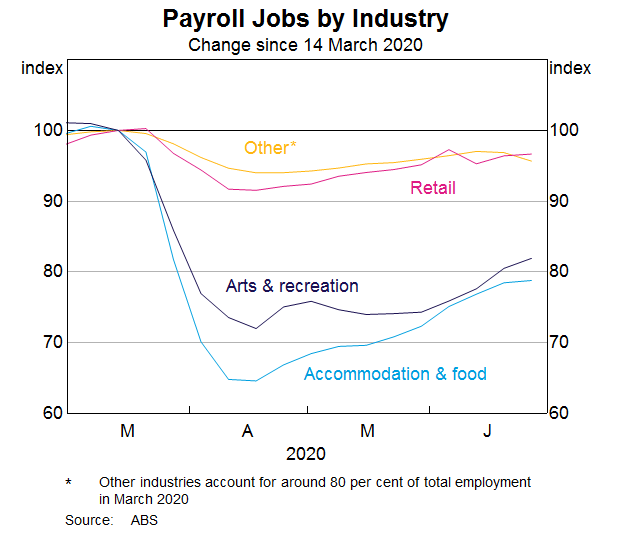 With this background in mind, Dr Lowe builds our understanding for why public sector (government and government agency) balance sheets have assisted the pandemic by softening the economic downturn and providing a platform via stimulus for the economy to recover.

This can be split into two different sections –

On 19 March 2020, the RBA held a mid-cycle meeting – aka one that was between regular meeting dates – to announce a monetary package to assist and ameliorate the seizure of Australian funding markets.

The package was set to address:

These measures in combination increased the aggregate size of the RBA’s balance sheet from $180bn AUD to $270bn AUD, with further increases expected over coming months. 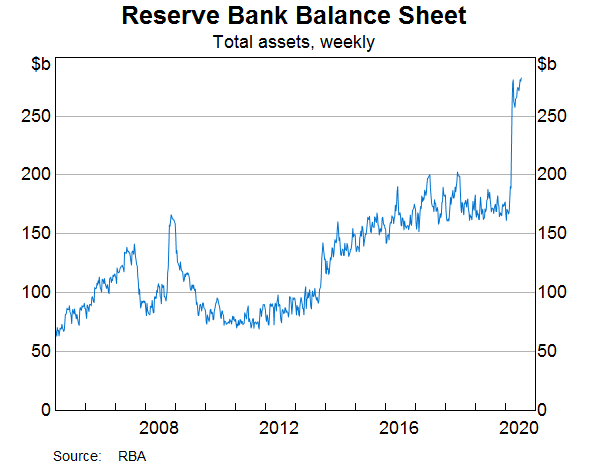 Direct Financing of the Government

One thing of note that was discussed in both the presentation and Q&A session, was the ability of the RBA to directly finance the Commonwealth government through money creation, or to deposit money into every bank account in the country, also known as “helicopter money”.

The Governor gave a very detailed reply to disprove proponents of what is otherwise known as “Modern Monetary Theory” aka direct financing of governments through money creation rather than taxation – which I will not cover in full here.

However, Dr Lowe did reiterate several times that there is an economic trade-off associated with this economic theory, and most likely it will have costs borne by future governments, or future consumers (through inflation) at a later stage.

Moreover, Dr Lowe mentioned there are three main situations when a central bank MAY think of doing this:

Hence, this is not relevant to Australia right now, and doesn’t need to be.

There is strong demand for Australian government debt and our Commonwealth Treasury can borrow for 5 years at 0.4% p.a. or for 10 years at 0.9% p.a. at present. 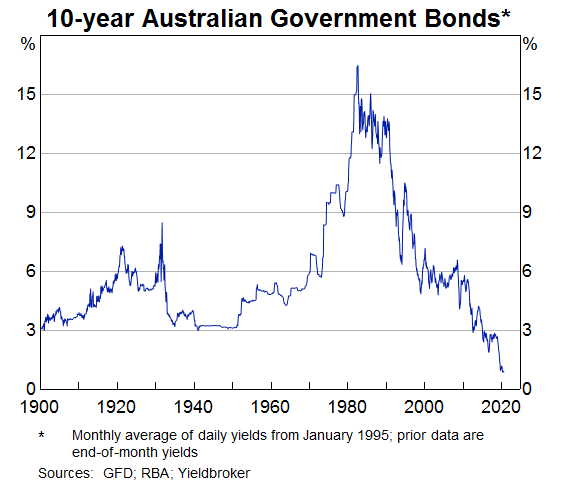 Conventional economic wisdom is that a government’s balance sheet has a limited and purposeful role in managing economic fluctuations year to year, with the focus on structural security and stability, and intergeneration economic smoothing.

AKA, assisting to provide long-term wealth and prosperity to the country – which is broadly the RBA’s 3rd mandate after maximising employment and maintaining a stable currency.

However, right now the Federal government is playing a much larger role in economic smoothing, by providing Australians immediate support and limiting the long-term damage to the economy.

I can’t say this better than the Governor himself, so I’ll provide you his direct quotation:

“The clear evidence from history is that the deeper and more protracted a downturn, the more severe are the economic scars. These scars occur through:

What the Government is doing is limiting these scars, and the long-term damage. Direct payments to households through programs such as JobKeeper and JobSeeker, and increased government spending through infrastructure projects and public health are examples of such support.

By helping the economy today, these measures support the all-important business and consumer confidence that will be required for economic activity to pick back up. 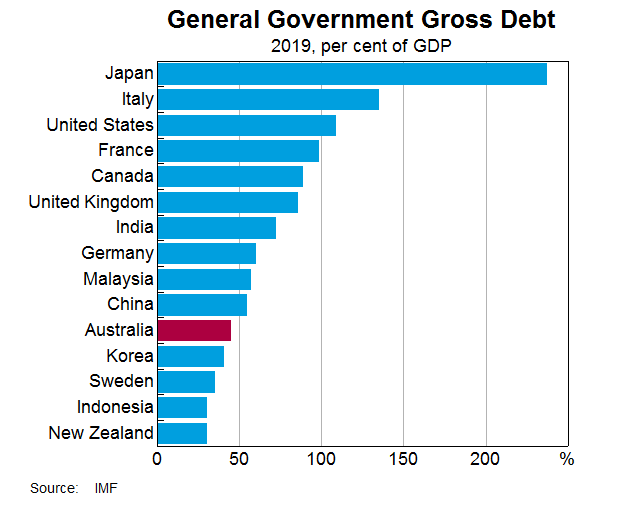 The Governor ended his address with confidence.

He notes that we should be confident that this pandemic will pass – be it scientific breakthrough or better management of the effects of the virus.

However, we must remain cognisant that incomes (as a whole) will be temporarily lower, and there may be considerable uncertainty about how long this period of weak income will last.

Dr Lowe went on to say that at some point in future the government will need to address the build-up of government debt as we are borrowing against future incomes, and we will be better placed if that future income is strong and our economy growing.

I’ll end with a quote:

“These measures are helping to provide an important bridge to the days when the recovery is well entrenched, and we are making renewed progress towards full employment.”