“And as he hung up the phone it occurred to me
He’d grown up just like me,
My boy was just like me”

Harry Chapin, “Cat’s in the Cradle”

One of the largest transferrals of wealth in history will occur in the next few years, depending on the health and good will of the Baby Boomer generation.

Referencing American demographic figures, Boomers are the wealthiest generation in US history – and are currently the custodians of circa USD 68 trillion in assets.

According to Forbes, Boomers control roughly 70% of all disposable income and have vastly differing attitudes to their parents and their heirs.

What happens when the time comes for this generation to pass down these titanic asset holdings, who will receive them and what impact will this transfer have on the world as a whole?

Who will receive this wealth?

According to Cerulli Associates, a US research firm that specialises in global asset management and distribution analytics, USD 68 trillion will change hands over the next three decades. The question now looms, who will receive all of that money?

The first suggestion is Millennials, the heirs of the Baby Boomers, presently aged around 35 years and younger.

The numbers vary, but the most consistent estimate is that millennials will be five times richer in 2030 than they are today due to this transfer of wealth between generations. And that figure is just for the US – closer to home, Millennials will inherit AUD 3.5 trillion over the next 20 years, an average of $320,000 per person.

But there is uncertainty around if all, if not most, of Boomers’ wealth will go to their children.

The reason is quite simple: Boomers want to spend their hard-earned cash. 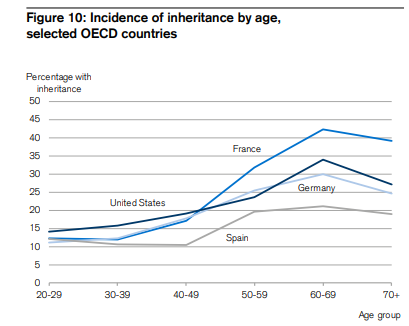 Consistent across OECD countries (and most developed nations), more than half of the Baby Boomers do not have an estate allocated to their children.

In fact, estimates by CNBC suggest that only 57% of total assets are going to be transferred to Millennials over the next 20 years.

The Boomer generation more than any other has a penchant for spending their own money rather than acting as a walking piggy bank for the next-in- line generation.

An interesting observation from a Citi Private Bank commentator was that since Baby Boomers were on balance, living in a far more peaceful and prosperous time than their parents, many don’t consider the same drive to ‘set up’ the next generation – in the absence of war or decades long financial collapse, the status quo of leaving a nest egg to protect children has been disrupted somewhat.

So where will the money go, if not to their children?

For the most part, back into the economy.

Boomers are living longer, 65-70 is no longer considered the twilight years of life; so funding must be put towards retirement living, senior living accommodation, holiday homes and much more.

A lot will remain in the stock market as well, with Baby Boomers having the second lowest average allocation of wealth to ‘cash’ in the last 100 years (according to BlackRock). 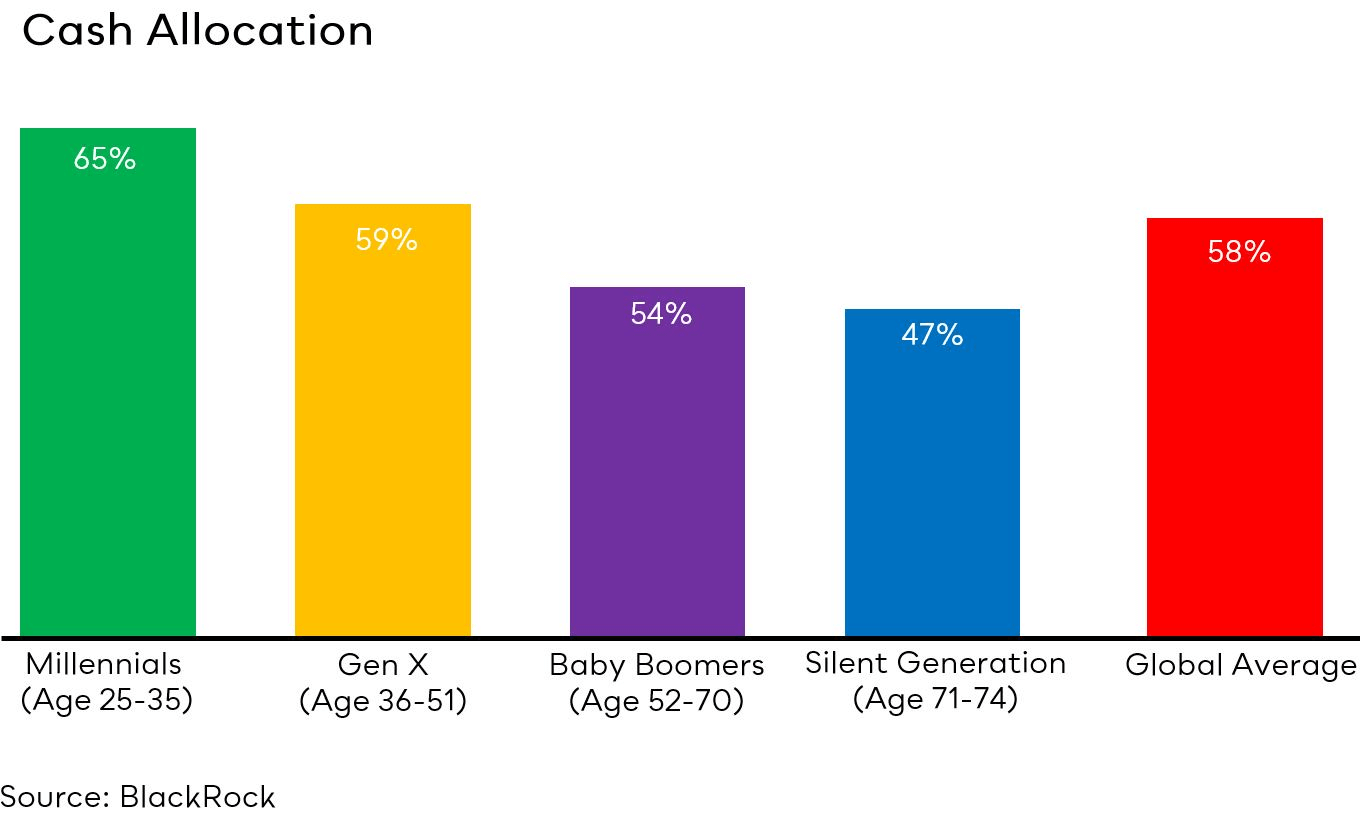 What will be the aftermath of the Great Wealth Transfer?

For any Baby Boomers reading this, you’ll almost certainly see that your children’s outlook on the world and investing is vastly different to your own – the same goes for Millennial readers and your parents.

The result of this divide in perspective will have very real consequences on the global economy, and particularly in the realm of financial advice and investing.

Studies reported by CNBC show that over 80% of children who inherit their parents’ wealth will look for a new financial advisor – this represents tens of trillions which will shift between different advisories over the next few decades.

Millennials also prefer to invest into physical assets such as real estate and gold much more heavily than their forebearers. On average Millennials report to invest over 65% of their portfolio into more defensive assets (including cash), and less than 20% report having an allocation of over 25% of their wealth towards stocks. This means we may see a large outflow from equity markets in the next few decades and the bulk of global wealth shift to other sources of investment.

We may also see a shift in the balance of wealth class, as the influence of the generational transfer inflates certain demographics within the heirs of these trillions. 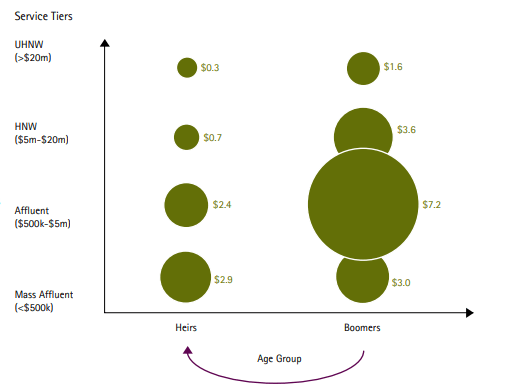 The chart above shows the discrepancy not just in total wealth, but also in demographic distribution; the two largest groups amongst Boomers are Affluent and HNWs, whilst Mass Affluent and Affluent are the two largest groups of their heirs. When this wealth moves down a generation, we will likely see a greater weighting towards higher tiers of wealth amongst the Millennial benefactors of their parent’s inheritance.

As for economic consequences, it’s a big question to tackle, but we can surmise that there will be overall less economic activity in the mid-term.

Millennials have a 10% retirement savings rate, more than double that of their parents. They also avoid debt, holding approximately 15% less mortgage debt than Baby Boomers. And as we established earlier, they are not as active in the stock market.

There will always be question marks around this level of wealth transfer being almost exclusively tied to human behaviour and social preference. Perhaps this note has inspired some adult children to be a little nicer to their parents, or inspired those parents to go buy another jet ski out of some planned inheritance.

As members of the global investing ecosystem, the Great Wealth Transfer will inevitably affect us all – financial planners will need to consider how better to capture a younger generation of clientele and meet their individual investing needs, investors will need to look over the next few decades to consider how the consumption and spending preferences of the two generations differ.

It seems likely that Millennials will not seek to imitate the behaviour or style of their parents, and we will walk blindly into the future not knowing where $68 trillion will end up – like the world’s greatest scavenger hunt.

READ TIME 5 mins READ MORE
The human brain is a funny thing. There is a psychological phenomenon called the mere-exposure effect, a type of familiarity bias, where people tend to develop a preference for things merely because they are familiar to them. In investing, this...
READ MORE

Banks and the Search for Yield

READ TIME 6 mins READ MORE
Now that the major bank results are sitting comfortably in our hindsight, and following on from our banks outlook earlier this month, today we’ll consider some further views from the street on bank stocks; both as a rotational play and...
READ MORE

The Building Blocks of our Future: Blockchain (Part One)

READ TIME 7 mins READ MORE
Cryptocurrencies are the talk of the town, with their total market capitalisation increasing from $344 billion USD on the first day of October 2020, to $1.46 trillion USD as of the 24 February 2021, representing a 324% increase over just...
READ MORE