Apple can see your search history, Europe is protecting you, and it’s all because of a Californian law passed in the 1970s.

There have been rumblings for the last few weeks that Apple (AAPL:NASDAQ) – a company with more information on us than our doctors and spouses – is poised to launch its own search engine, ‘Apple Search’.

With this announcement, I thought now was a good time to talk about the USD 140 billion ‘Big Data’ industry, and how the world is reacting and changing to its growing presence in our lives.

To preface this note with a quick figure: in early 2019, Apple announced that there were 1.4 billion active Apple devices across the globe, operated by over one billion people – that’s one billion sets of individual wants and needs ready to be analysed, addressed and turned into revenue.

This is undoubtedly one of the largest consumer bases in the world and the envy of marketing executives from Sydney to Shanghai – but for the sake of giving this note a little contrarianism let’s take a look at the growing caution the world has taken against Big Data and its access to our web and wallets, and one way we can look for quality investments in this burgeoning market. 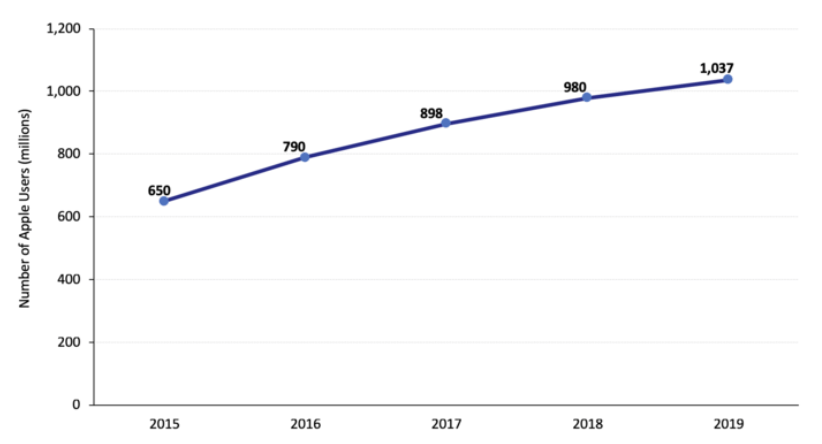 Allow me to introduce a concept through a brief history lesson.

In the 1970s, California passed the Clean Air Act, the strictest environmental and production regulation in the US at the time in relation to motor vehicles.

Given that the Californian market represented approximately 30% of the entire country, major manufacturers engaged in a ‘race to the top’ to meet the Act’s standards to not lose the market. This forced smaller players in the market to also meet the regulations quickly, to avoid the added cost of having two systems; one for the general market and one for the strict Californian market.

This ‘race to the top’ is what Professor David Vogel dubbed the ‘California Effect’, essentially describing how manufacturers, consumers, providers and jurisdictions shift to meet the strictest regulatory standards in the applicable market to save costs in the long run

In the end, the entire US regulatory environment shifted to meet the standards set by California, driven by market participants choosing to meet their standards rather than be excluded from a lucrative consumer base.

“But how does this relate to Big Data?”

I am glad you asked such an intelligent and handsome question dear reader, let me explain.

Like motor vehicles, information on us has become a commodity, readily produced and traded by industry players as any vehicle manufacturer today. In response to this, global jurisdictions have begun to examine how Big Data uses our information and introduce standards and restrictions to protect their citizens. This impacts the corporations who handle the data, and impacts us as potential investors into said corporations.

Although not the example we’ll use, the US Senate inquiry into major tech CEOs is one instance of examining the actions of Big Data more closely by governments.

Data regulation and impact on consumers

Put into effect in April 2012, the General Data Protection Regulation (GDPR) was introduced to protect the personal data of European Union (EU) citizens. Even today, it remains one of the strictest regulatory environments for the processing, storage and dissemination of personal data in the world.

The regulation stipulates that any service provider operating in the EU, from Apple to Google, must comply by GDPR standards of data usage and protection if they wish to deal with any EU citizens, regardless of where the provider is headquartered or where they store the data.

The parallel between the EU and 1970s California is obvious, and if you consider that the EU is the third largest economy in the world (with a GDP of USD 15.9 trillion in June 2019) this presents a compelling case for Big Data companies to play by their rules.

The California Effect is alive and well, and you can see it happening before your very eyes.

Now let us tie this all back to the subject of Apple and their titanic consumer base.

In August 2020, Apple had a 29.63% market share of the EU for smart devices – it is an enormous market and a significant portion of the one billion users mentioned earlier. So of course, Apple plays by the rules of the GDPR and maintains its standards of data protection and user privacy to EU requirements.

However, here comes the punchline which you may have seen coming three paragraphs ago: to avoid the tremendous cost in having to administer multiple standards of data processing across its business, Apple uses the GDPR as a benchmark for all its data handling. 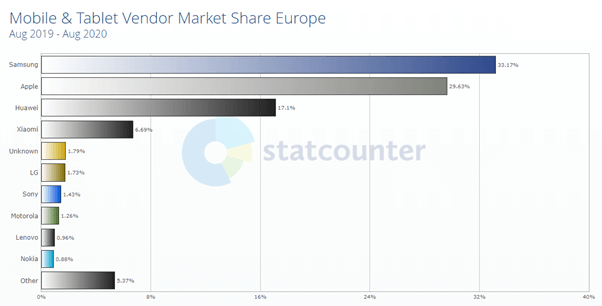 That means that each of those one billion users are treated the same as the EU citizens, and the higher level of regulation benefits everyone rather than just the intended market – a rising tide lifts all boats, and rising regulation in this case has protected all consumers.

The opportunity to invest in quality

Of course we must put this all into the context of investing.

In a report by MarketsandMarkets, Big Data is estimated to be worth over USD 229 billion by 2025, and at a rate of 10% growth per annum it doesn’t take much imagination to see value in this industry as we digitize our lives more and more. The potential universe to benefit from Big Data grows day by day as new technology innovations and products come to light.

The GDPR is just one of many hard-line regulations that are in place or in the pipeline to manage how consumers’ personal information is handled – as consumers this should bring us comfort. And as investors, it lends us foresight into which companies stand to thrive with new regulatory change, rather than have to struggle against it.

The Indxx Artificial Intelligence and Big Data Index tracks the performance of companies which stand to benefit from the analysis of Big Data, against the 500 largest listed US stocks. The outperformance since 2016 has been significant (see below). 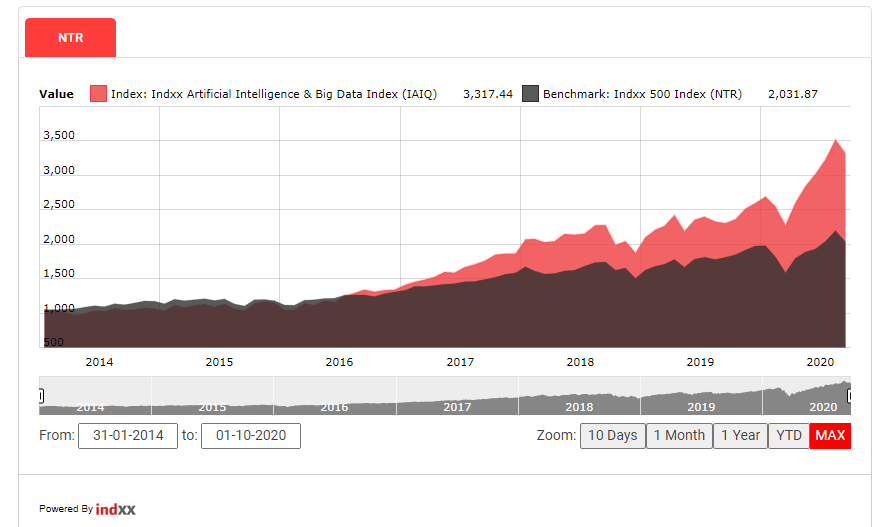 Importantly, many of the top constituents have had a good record of maintaining high levels of consumer protection for data usage, and therefore may skirt the legislative headwinds to come in the industry. These include Qualcomm (QCOM:NASDAQ) and Nvidia (NVDA:NASDAQ), whilst Salesforce and Oracle have been hit recently with a GDPR-enabled class action lawsuit against their tracking of consumer information.

To list every company which had good data protection would take more than a morning note, so let me leave you with this thought:

We are watching the emergence of a new industry, one which stands to become a behemoth in an increasingly digital world. We can see its growth rate, and rather uniquely we can see the headwinds that its market participants will face from governments and regulators around the world. Given this knowledge why, as investors, would we not look to gain the edge and invest into quality companies which are already well placed to avoid legislative pitfalls?

We are rarely presented an opportunity to make a quality investment and protect ourselves as consumers at the same time – perhaps I should have called this note ‘Have your cake and eat it too’.

Cryptocurrency Regulation: The Elephant in the Room

READ TIME 7 mins READ MORE
Bitcoin reclaimed its all-time-highs last week, and it seems like time to revisit the world of cryptocurrencies, and more specifically, its largest threat – regulation. Cryptocurrencies, and blockchain technology more broadly, offer the potential to revolutionise our digital world and...
READ MORE

READ TIME 5 mins READ MORE
In the past, we have touched upon the geopolitical landscape surrounding the Indo-Pacific Region, with a particular focus on China’s interests and actions in the area. As Australian citizens and investors, it is without a doubt that we are at...
READ MORE

READ TIME 6 mins READ MORE
We’re into month eleven of COVID-19 vaccinations globally and eight months into the Australian process, where we’ve continued to see a ramp-up in local supply allowing for quicker vaccination progress. The good news is that the end is coming into...
READ MORE